hello & welcome!
nice of you to join. let’s talk about this book, the sellout by paul beatty. published in 2015.
what’d you think? first impressions?

one of my first thoughts was how energetic & relentless the voice is. the howling of a hyper-racial america, haunted by its inability to ever responsibly deal with our genocidal past. a satire that reads as more sad than funny, & not particularly far from the world we live in.

Hey Evan! Sorry for the newbie question here but, is there a reading list for the Pinegrove book club I can dig into so I can read up for the next discussion and where could I find it? Only heard about this yesterday and was very excited about it, but I sadly do not know the book!

relentless is absolutely the right way to describe this book. i found it difficult to read; not because it was necessarily challenging but because the voice was, dynamically speaking, so one note. it was a very loud and original note but static all the same. satire is a great way to deal with serious subjects but i felt that beatty’s lack of switching up the tone was ultimately a downfall.

hey bryan,
this is only the 2nd book club we’ve tried! this one we chose by a vote, administered through our email list. you can sign up for the email list here: https://pinegroveband.com/mailing-list/

Got it, thank you so much! I will keep an eye on my email and excited to partake in the next one!

& reading a book that deals with america’s past & present, if its done with any honesty, would likely be exhausting. but there are definitely examples of this sort of thing out there that point to the absurdity of race in america, that deal with prevailing power structures & capitalism, but that do it with more narrative & aesthetic tension? ishamel reed comes to mind as an important fore-bearer to beatty’s project, but who maybe succeeds a bit better in books like free-lance pallbearers or mumbo jumbo.

right! reed imo is more playful, and includes the reader as a participant in his observations, whereas i felt beatty was monologuing to the point of actually excluding the reader. i felt as though i was being talked at, & i prefer to have conversations with books.

agreed! it almost reads as a prolonged stand up comedy routine.

I just finished the book today, so everything is still very fresh/nebulous.

Some themes from the book that I appreciated:

The naming/nameless theme—Dickens’ erasure from the map and the indifference of Dum Dum Donut/Were out-of-towners, as well as their insistence upon an eradication of the past contrasted with Bonbon’s efforts to redefine the community, even as a reactionary kind of othering through the segregation experiment. There’s the funny tale of two sister cities interlude, in which Dickens is tied to the Lost City of White Male Privilege, another community that very much exists but is lacking (perhaps through willful ignorance) conceptual recognition.

Identity confusion/absence of closure—In a related sense, the protagonist isn’t named (though fittingly his last name is Me) but rather referred to as Bonbon or Sellout or whisperer, and struggles with the abuse his father inflicted upon him and his self-perceived racial identity. There are also the 4 stages in Hampton’s ‘What is a black/what is his color’ speech (Neophyte/Capital B/Race Transcendentalism/Unmitigated Blackness); I love how Beatty ties in the final stage to Dr. Me’s attitude/skepticism toward closure, the book’s lack of finality, and Bonbon’s silent question to the comedian (“So what exactly is our thing?”).

These are more a web of observations than an articulated insight into the book!

Themes/issues I’m still grappling with and very much would like to hear others’ thoughts on:

Hominy’s self-‘enslavement’/emancipation and treatment of blackface in ch 22, Foy and the oreo/white paint, the critique of ‘problematic’, Marpessa’s oranges (“I hate Black Literature”) and Dr. Me’s apples ("‘Cast down your bucket where you are’" and the tree failing to grow near his grave on the farm), Bonbon’s use of segregation to ensure “equal access to sunlight and water and have room to breathe”, the different labelings of the protagonist as a ‘Sellout’ by Marpessa and Foy

great thoughts here. to respond first to just one strand:
i’ve been turning over the way self-oppression functions in the novel. it feels pretty ambiguous, which of course is partly the point—there’s no monolithic consensus amongst black america. i saw the aging hominey’s self-slavery as a loose dramatization of what might be considered an old guarde, ‘traditional’ emphasis on the bootstraps narrative emerging throughout the late 20th century from the black elite. bill cosby (used to) typify this sort of thinking, that black people in america were culturally deficient, as opposed to a population suffering under structurally reinforced oppression—i.e. that they were holding themselves back. i’d thought at certain points that beatty is maybe using hominy’s self-caricature to unpack some of that sort of attitude toward race.

wanna cite a source here—i’m drawing some of these thoughts from episode 93 from the bad faith podcast, where briahna joy gray debates brown professor glenn loury on this very divide among voices in black politics/ public policy. 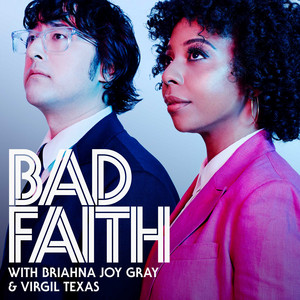 Listen to this episode from Bad Faith on Spotify. This week, Brie debates one of America's foremost Black conservative public intellectuals, Brown University Economics Professor Glenn Loury. Is there overlap between conservative critics of liberal...

it’s also interesting to consider how hominy was “enslaved” by the entertainment industry from such a young age.

Will check it out! It’s tricky to analyze this book because there are many symbolic undercurrents—Washington and Du Bois, Were and Hood, memory and closure, Powell/Rice and Pryor/Chappelle (particularly interesting due to Beatty anointing (intentional fallacy notwithstanding) previous generations of black comedians as imparters of consciousness and identity)—that are mentioned only obliquely and defy easy description.

What do you make of arguably the most central theme—Me’s ‘enslavement’ of Hominy? There’s a tragic/comic sense in which this act is the ultimate sin/betrayal that an individual suffering under the yoke of same could commit, compounded by the fact that Hominy is also black. It’s hard to wrap my head around Me’s allowance of this practice, no matter how comparatively benign, as well as the implied suggestion of Dickens’ liberation (or perhaps empowerment/unification) through the reclamation of segregation.

Any thoughts? Often complexities of this kind and a reader’s difficulty in parsing them are a testament to the ingenuity of the author.

it’s complex for sure. one way i’m thinking about it is that classically oedipal impulse to, ok, maybe not kill, but at least distance yourself for your father, to do something that would piss him off (complicated by the fact that his father was killed by the state, a metaphorically paternal force). there seems to be some nod to these patterns through the matrix of master/slave, authority/civilian, father/son; & i’d add to that author/reader with foy cheshire’s rewriting (implicitly, dominating) ‘problematic’ works throughout the canon. authority & authorship merge as agents of oppression.

Hmm, thanks for you musings; I really enjoyed preparing for this digital get together and reading everyone’s responses to the book! Here’s hoping we have another one soon.

As a side note, if you’re interested in a casual fiction/story exchange or have any recommendations, email me at ckirchnersullivan@gmail.com—any and all welcome!

I did not read the book. I tried reading the prologue, but I have been experiencing ADD from busyness and exhaustion recently, and I can’t focus. Not in a good mind-space for a dense book like this right now, but I love to read so I’m shelving this one on goodreads in my to-read pile. ADD is better than depression though! I looked into this podcast episode. I think I see in Beatty , from what I read in the Prologue, something that is really unusual… he is quirky and eccentric… oftentimes this leads to satirical writing. I really hope that doesn’t lead certain people to become cynical… I can see how the system of prejudice in our society leftover from the weeds of segreagation- particularly in the South where I’m from- can lead to this cynicism and we see it in so much rap music today. Just take Ben Folds’ cover Bitches Ain’t Shit. He took so much flak and misunderstanding from that experience and he wrote about it in his book Lightning Bugs. He had to take a complex, ,quixoticroad from stardom to superstardom and it’s definitely because he was super misunderstood and it caused him to become bitter and that was reflected in several of his earlier albums (the one with Cologne, for example). I really hope psychological issues do not damage skilled and talented people further… good podcast on the process of creativity and making art, Lightning Bugs is.

nice talking to you, crinkles!

I liked the Sellout & found the relentless voice challenging & necessary. Beatty uses a kind of endlessly sermonizing mode–we are in the narrators head as he finds himself sitting high in the Court arguing to reinstate segregation & we’re right there as he sits in silence contemplating the question that arises in the comedy club. He’s not sure where the answer lies but he’s trying his best…

Also, I thought the prose style really took off throughout the bus ride to the ocean… that episode felt like a reprieve from the compressed track of the narrator’s voice.